"Music opens the portal to another dimension of spirituality."

If you enjoyed this interview with Judith Hill and would like to get to know more about her work and extensive musical history, visit her official homepage. For current updates, tour dates and release information, head over to her profiles on Instagram, Facebook, twitter, and Soundcloud.

Judith Hill · You Got the Right Thang

Where does the impulse to create something come from for you? What role do often-quoted sources of inspiration like dreams, other forms of art, personal relationships, politics etc play?

I often visualize the way music and lyric form a synergy to create a dramatic moment. Often times it’s a feeling. Though I may not have the particular melody or lyrics, I can feel how it is supposed to hit the spirit. Making the song is a quest to find that feeling.

Some quests take longer than others. Many good songs come quickly while others take many iterations and versions to reach the final treasure. For example, “Baby, I’m Hollywood!” came rather quickly whereas “You Got the Right Thang” took a little more time to get the funk right.

It’s like cooking ….  Sometimes the sauces are not blending but once you’ve reached the flavor you want, it’s a very rewarding feeling.

I do allow for an extended period of listening to musical influences before I begin the writing process. I like to soak in creative juices from songs and sound textures that are inspiring to me.

For you to get started, do there need to be concrete ideas – or what some have called a 'visualisation' of the finished work? What does the balance between planning and chance look like for you?

I have various starting points.

Often, I’m starting with a bass line or guitar riff. Other times I start with a drum pattern or particular groove. Equally, I’ll start with a lyric title or lyric concept.

“The Pepper Club” started with a drum pattern that became the driving element of the song.

Whereas sometimes the lyric emerges out of the music because the music is already telling me what the song is about. This happened with “Queen of The Hill” when I found the bass line.  The groove was so aggressive that it needed a very bold statement, and "Queen of The Hill" was what came to mind.

When do the lyrics enter the picture? Where do they come from? Do lyrics need to grow together with the music or can they emerge from a place of their own?

I think that a good lyric activates emotion. It draws people into a story and resonates in a personal way for each listener. Like a good book, a good lyric stimulates our imagination and takes us on a journey through the maze of our heart.

Many writers have claimed that as soon as they enter into the process, certain aspects of the narrative are out of their hands. Do you like to keep strict control over the process or is there a sense of following things where they lead you?

I’m open to letting the songwriting process take control and possibly diverting to other areas. That is the fun part because I find amazing, unexpected moments when I just let the song flow. However, when the initial concept is very strong, I am pretty determined to make sure I accomplish the sentiment and message that I originally intended.

For example, it was very important that I clearly expressed the sentiment of “When My World Is Blue”. I wanted to paint a picture of vulnerability and reveal the true melancholy emotions of the heart.

Often, while writing, new ideas and alternative roads will open themselves up, pulling and pushing the creator in a different direction. Does this happen to you, too, and how do you deal with it? What do you do with these ideas?

I believe my creative mandate is to use music to open the portal to another dimension of spirituality. One where we meet God and find a deeper connection to our emotions.

Often times, music serves in the background while we hang at home, go to parties, exercise, etc. But I aim to make the type of music that is disruptive and makes us want to stop what we are doing and tap into something much bigger.

Especially in the digital age, the writing and production process tends towards the infinite. What marks the end of the process? How do you finish a work?

The writing and production process can be an endless journey. I usually embrace the imperfections because I like the organic raw feeling of a human performance. So, I usually stop when I feel like the emotion and the magic has been achieved.

It should feel transcendent and grand, yet honest and rough around the edges. Usually, it’s the first or second take where you find that magic and honesty. 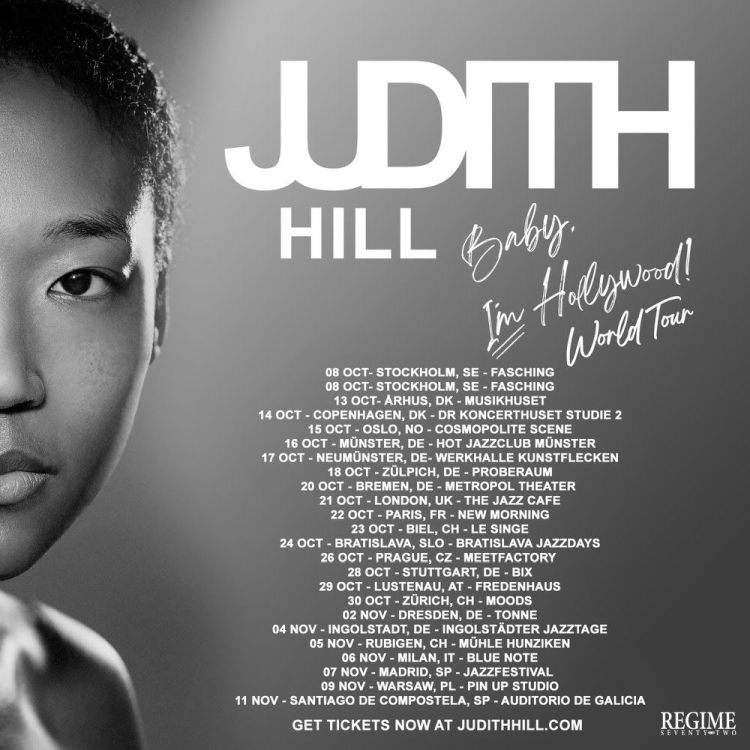 Once a piece is finished, how important is it for you to let it lie and evaluate it later on? How much improvement and refinement do you personally allow until you're satisfied with a piece? What does this process look like in practise?

After a piece is finished, I let it lie and evaluate later. I find that distance from the work is very important because it clears all attachments and helps me have a clear, unbiased evaluation.

Listening on fresh ears is really the best way to have a clear perspective and figure out if there are any changes that need to be made.

After finishing a piece or album and releasing something into the world, there can be a sense of emptiness. Can you relate to this – and how do you return to the state of creativity after experiencing it?

After releasing an album or piece, there is a sense of emptiness because it feels like letting your children leave home and find their way of surviving in the real world.

But ultimately, I know that the music was never made just for me to hold on to. It was created so that it may bless the world and give hope to those who need it.

Creativity can reach many different corners of our lives. Do you personally feel as though writing a piece of music is inherently different from something like making a great cup of coffee? What do you express through music that you couldn't or wouldn't in more 'mundane' tasks?

Making music breathes life to my bones. Although there are other forms of creativity like painting or cooking, music feeds my soul is such a powerful way unlike anything else. It is truly the language of the soul.

"A song should feel transcendent and grand, yet honest and rough around the edges. Usually, it’s the first or second take where you find that magic and honesty."