Tools of Creation: Revox B77

Jérôme Noetinger about a tape machine that gives him the utopia of having the sound in his hands.

Tool of Creation: Revox B77
Type of Tool: Tape machine
Designed by: Studer
Country of origin: Switzerland
Became available in: 1977

Over the course of his career, Jérôme Noetinger has worked with a wide range of artists, including Jean-Luc Guionnet, Antoine Chessex, Anthony Pateras, Lasse Marhaug, and Yannis Kyriakides.

What was your first encounter with the Revox B77?

There is something anthropomorphic about your question.

This tape recorder made by the Swiss company Studer between 1977 and 1986 did not come to me. I discovered it. First of all via a friend in the early 80s but without any particular knowledge, I hadn't done much with it. Then in 1986 when I joined an electroacoustic music studio near Grenoble where I had moved the same year.

It was first of all a studio tool, a machine that allows you to record sound and reproduce it. And then as I practiced, I "instrumentalised" it and brought it on stage to play with. I discovered the possibilities of playing and transforming the sound captured live. I can record a sound, or fix a sample, loop it, change its speed, play it backwards, reinject the right channel on the left channel, and vice-versa, etc etc ... Many manipulations that are very classical today with many digital machines but rarer with this machine even if directly allowed.

Some see instruments and equipment as far less important than actual creativity, others feel they go hand in hand. What's your take on that?

In absolute terms, of course, I think that creativity is independent of the instrument and the technology that surrounds it. In my case, things are closely linked.

I make a direct link between my so-called creativity and my equipment, which I like to call a device, in the sense of an operating chain closely linked to a personal practice, rather than an instrument with a history and a teaching.

Just like any other piece of equipment, the Revox B77 has a rich history. Are you interested in it? And if so, what are some of the key points from this history for you personally?

One must be careful not to mystify the machine. As Michel Chion rightly says, musique concrète is not machine music but music enabled by the machine.

Yes, I am interested in the history of recording (I recommend Friedrich Kittler's book, Gramophone, Film, Typewriter) but apart from quoting works such as Walter Ruttmann's Weekend or Dziga Vertov's film Enthousiasm and of course Pierre Schaeffer's first Etudes de bruit, I don't really have any key points to quote and these works were produced on a medium other than magnetic tape, so without the Revox B77 which didn't exist at the time.

It is important to understand that this type of tape recorder was not intended for professional studios but rather for individuals. Many musicians used it as they had access to cheap equipment.

But once again, this tape recorder is not an instrument, it is a machine to record and reproduce the sound thus fixed. My use is deviant.

What, to you, are some of the most interesting recordings made with the Revox B77?

The history of musique concrète and electronic music is linked to the magnetic medium on which the first works were recorded until the 1990s. Whether they were recorded on this tape recorder or not is another matter. On the other hand, one can sometimes distinguish particular types of manipulation resulting from this tape recorder.

For example, I can cite a work by Arthur Cantrill for a film he made with his partner Corinne Cantrill, "Hootonics", where he uses the possibilities of reinjection offered by this tape recorder and which gives a very particular and recognisable colour. There is also the work of Hans Essel ("Zeitfalten") or Dickie Landry ("Fifteen saxophones").

What interests you about the Revox B77 in terms of it contributing to your creative ideals?

So to be more precise, I use this tape recorder in a very particular way, I instrumentalise it for me. It allows me to record sounds that I create myself or that I capture around me with other musicians for example. Then I can reproduce them immediately, transform them, play them backwards, change their playback speed, scratch them ...

What are some of the stand-out features from your point of view?

Some typical functions and features: you can be in the recording position and choose to switch tracks or not. The right channel can be fed back to the left channel and vice versa, which produces echo or even feedback effects. The recording head also works in playback mode, which also allows for rerecording effects.

After all, I am not a representative of Revox, I am not paid by them. It's just a tape recorder, a tool I discovered almost 40 years ago and I still have a lot of fun working with it! 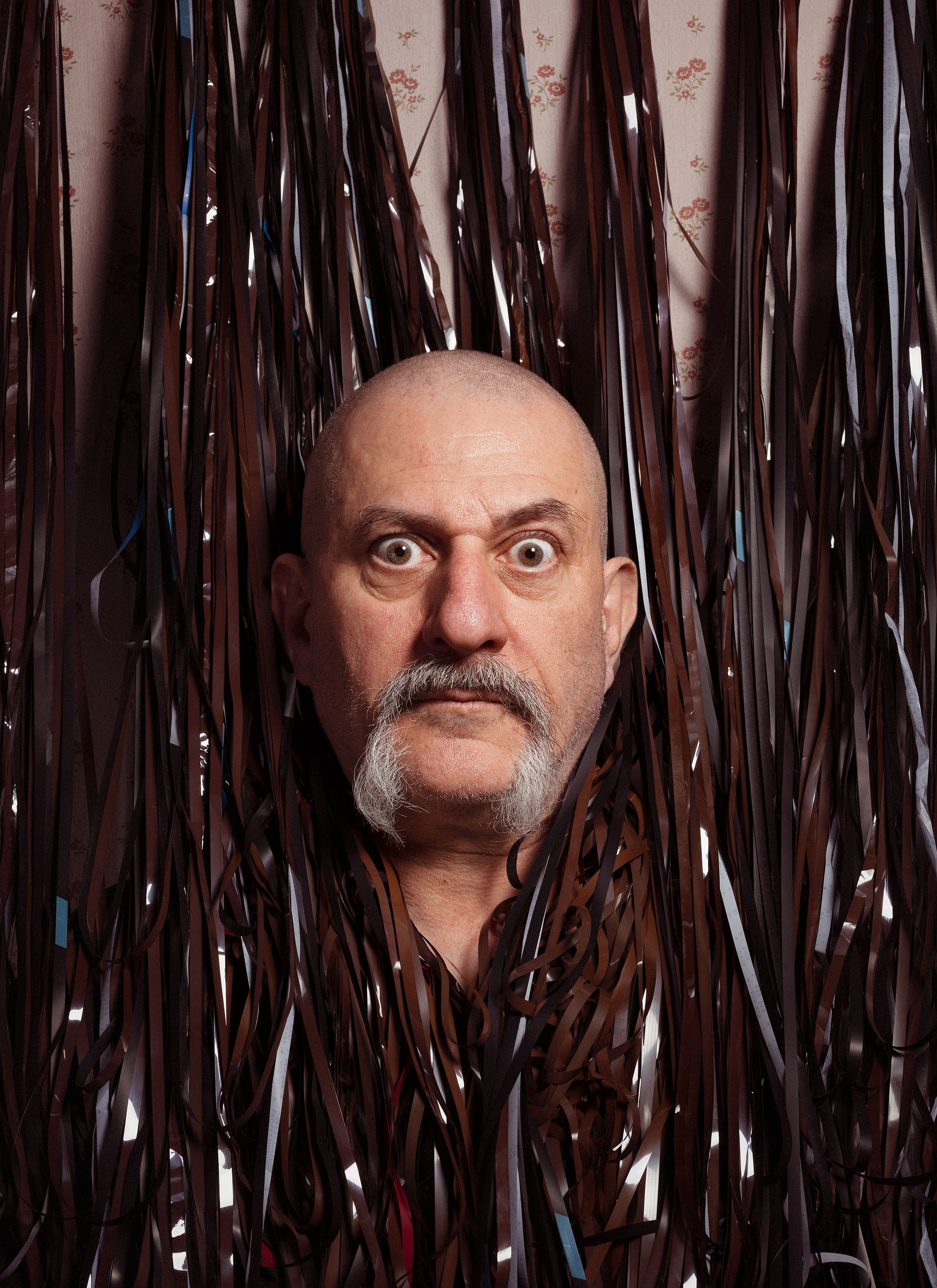 Prior to using it for the first time, how did you acquaint yourself with the Revox B77? Will you usually consult a manual before starting to work with a new device – and what was that like for the Revox B77?

Quite honestly, I tend to find things out for myself or by sharing with others. It's only much later that I might read the manual or not and sometimes discover incredible details ... or not!

But I was also initiated by the musician Xavier Garcia who gave lessons in a studio near Grenoble, and certainly by my numerous exchanges with the composer Michel Chion.

Tell me a bit about the interface of the Revox B77 – what does playing it feel like, what do you enjoy about it, compared to some of your other instruments?

Again I don't really have any instruments, I have no musical education, no academic background. I work with speakers, microphones, synthesizers and this tape recorder.

Very often everything is connected. But the very personal feeling I get from it is above all a great pleasure and a feeling that there is no limit to this pleasure. Because of the direct contact with the tape, there is the utopia of having the sound in your hands, an immense power / a direct interface!

How would you describe the sonic potential of the Revox B77?

It is a machine for recording, for fixing sound on a medium. Magnetic particles are organised to inscribe an audio signal which is then played back. This inscription accepts a very high dynamic range and even saturation.

The medium is also heard when, for example, you reduce the speed, one perceives a breath, like an aura that inhabits the sound. But you know, all your questions about this tape recorder are interesting but perhaps too focused on the machine. Honestly, for me, it is only a machine, certainly resulting from the genius of its creator. But the most interesting thing is what it allows, beyond itself.

In which way does the Revox B77 influence musical results and what kind of compositions does it encourage / foster?

I wouldn't speak of influence but rather of limits. This machine has only two channels, when you record you erase, the support, even if solid, also has a certain fragility ... In short, these limits, which for me go against the current digital lutherie, are not a constraint but on the contrary the source of infinite strategies to overcome them.

I don't think that this tape recorder favours one type of composition more than another. Yes, it can encourage certain manipulations or the use of the loop for example.

More generally, how do you see the relationship between your instruments and the music you make?

So again, I'm talking more about the device than the instrument. And you mustn't forget that I don't play any "classical" instrument and when I sing, I'm asked to stop! So the relationship is more than direct - my device goes in one direction - but sometimes it's conflicting, I can decide to go elsewhere. 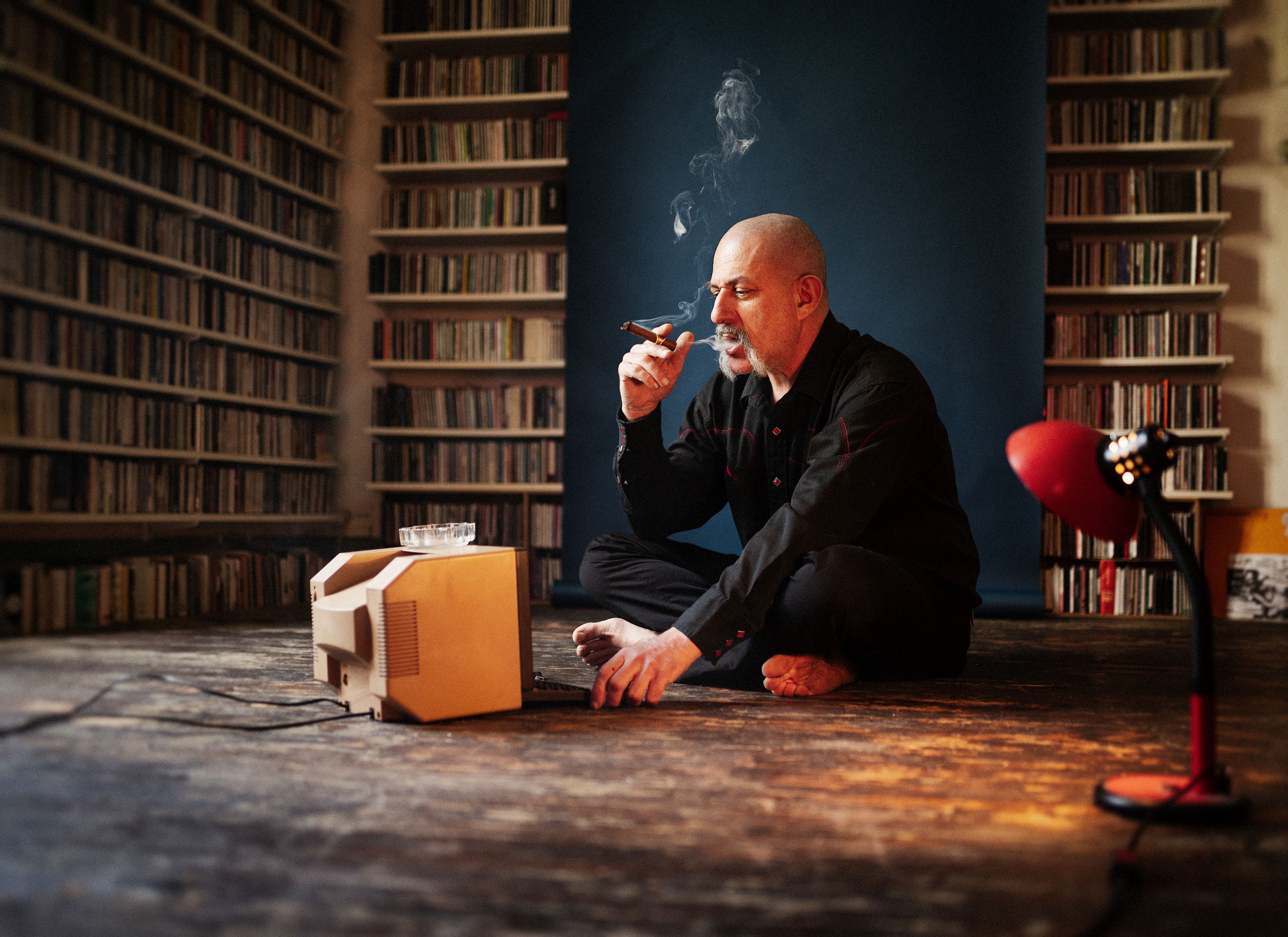 Could you describe working with the Revox B77 on the basis of a piece, live performance or album that's particularly dear to you, please?

There are certain structures that I sometimes reproduce, even if never identically.

For example, recording an attack on one channel and copying it to the other, at high speed, then reducing the speed to the maximum to increase the stereophonic effect and to discover the resonance of the space. Then I progressively insert other sounds to repopulate this space.

How does the Revox B77 interact with some of the other tools in your studio?

The interaction takes different forms, the direct and obvious one of the microphone which can pick up any vibratory phenomenon and immediately record it, but also a physical link where the outputs of my mixing desk are connected to the line inputs of the tape recorder allowing me to record what I want when I want.

Are there other artists working with the Revox B77 whose work you find inspiring? What do you appreciate about their take on it?

I would like to talk about artists who also work directly with this tape recorder: obviously Lionel Marchetti, with whom I have worked regularly since 1993, but also the Italian musicians SEC_ and Valerio Tricoli, or Anne-Julie Rollet, Marta Zapparoli, Angelica Castello...

SEC_'s work impresses me because it has succeeded in creating a direct link between analog and digital.

Once again, this tape recorder is not an instrument, so everyone can use it as they wish and bring new ways of approaching it. I initiated a magnetic exchange project with some of these artists which will soon be published on the Internet.

Honestly, I don't really ask myself this kind of question. I like otherness and difference. I don't really believe in perfection, even if I don't deny the importance of practice and the art of mastery.

ReVox B77 Interview Image by studerundrevox.de

“This tape recorder is not an instrument. My use of it is deviant.“