Moderat about the arguably most recognisable Drum Machine of all time.

If you enjoyed this interview about the Roland TR-909 and would like to find out more about the drum machine, visit the related Roland product page.

What was your first encounter with the Roland TR-909?

I had started investing my hard-earned training allowance from working at a concrete factory into vintage gear like the Roland TR808, Juno 106, and EMU Emax sampler. I then decided I had to have a TR-909 as well. A sample kit from the tr909 wouldn't do for me. I ended up ordering a second hand model by phone from somewhere in Southern Germany.

Fun fact: My mate accepted delivery, and unpacked the device to test it. The transformer was set to 100 Volt instead of 220 Volt. It instantly blew the transformer. So we first had to fix it and re-adjust it before we could use the 909.

Just like any other piece of equipment, the Roland TR-909 has a rich history. Are you interested in it? And if so, what are some of the key points from this history for you personally?

I think you'd have to ask the Japanese developers, what made them replace the warm, soft drum sound of the TR808 – CR8000 with this punchy and aggressive sound.

I guess their goal was to approximate the natural sound of a drum kit even closer. They may have felt the need to make these changes after Linn had released its purely sample-based drum machines. Of course, Roland still made use of its recognisable user interface, that running 16step light bar we called “the Roland landing strip.”

What, to you, are some of the most interesting recordings made with the Roland TR-909?

I'm not sure if “interesting” is the word. But “The Sonic Destroyer” by Underground Resistance is a very specific piece using the 909.

And then, almost every single house- and acid-house production from the late 1980s onwards and well into the 1990s. Which then seamlessly and massively continued in 90s techno. Many of the 909 sounds in those tracks are, however, based on 909 sample kits.

What interests you about the Roland TR909 in terms of it contributing to your creative ideals?

It adds that little something to the groove and rhythm. You could compare it to a spice of a herb. Coriander, for example.

What are some of the stand-out features from your point of view?

The main feature is the step sequencer and its capacity of sending a trigger to another sequencer via rimshot. The shuffle and flam mode is also a popular feature, to make the groove feel less stiff. And for some sounds, including snare, toms, and cymbals, the 909 offers tunings.

Prior to using it for the first time, how did you acquaint yourself with the Roland TR-909? Will you usually consult a manual before starting to work with a new device – and what was that like for the Roland TR-909?

I hardly ever read any manual.

At the time, they sent me my TR-909 in a cardboard box and it did not include a manual or anything else for that matter.

There was no Internet at the time, but I did get a xerox copy of the manual a little later via some private channels. 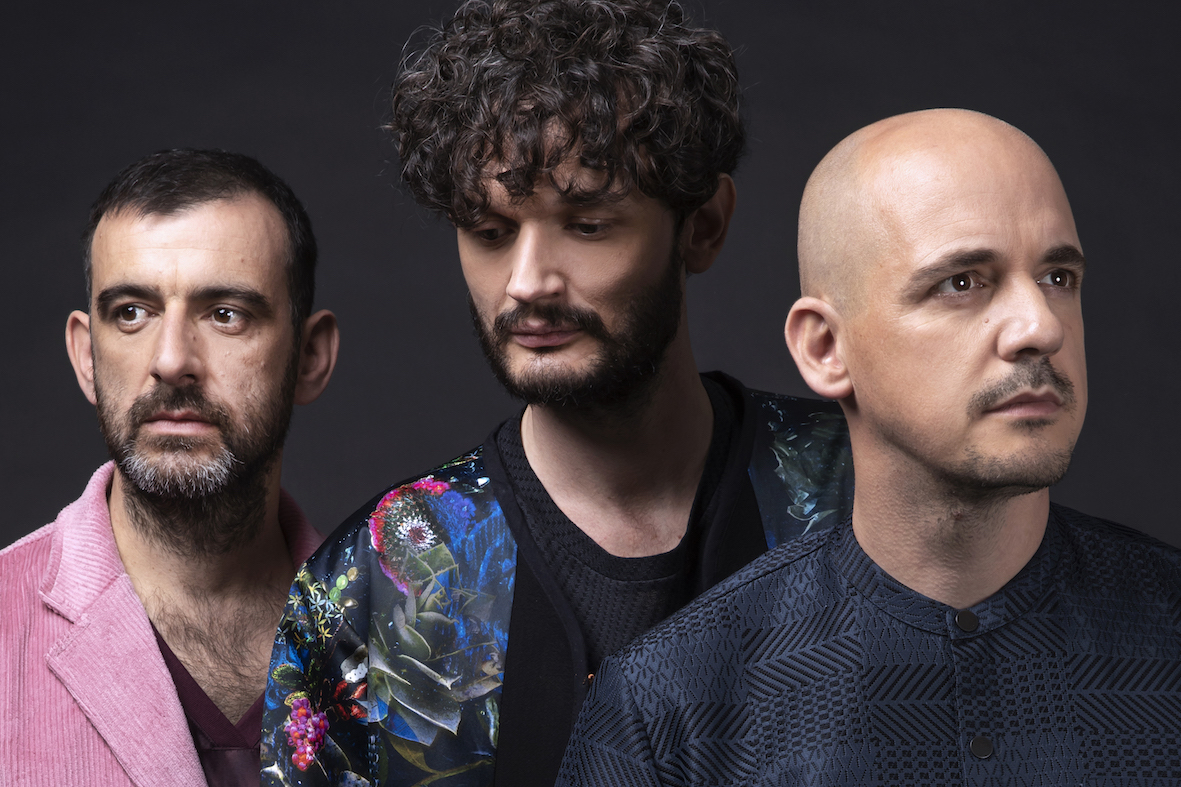 Tell me a bit about the interface of the Roland TR-909 – what does playing it feel like, what do you enjoy about it, compared to some of your other instruments?

It's really straight-forward. Mostly, you start off in pattern write mode and just get going. Press play /start. Select Bassdrum /snaredrum etc. Then, you tap in the drum sounds at the right places using these computer-like keys. Alternatively, you can use the tap write function to place them more intuitively.

You can also arrange all your patterns into a single track. This means they'll run until they've reached the desired length.

How would you describe the sonic potential of the Roland TR-909?

It's really, really high. We would often make use a TR-909 live and use it in sync with the other instruments. You'd have to be careful for the TR-909 not to be too dominant. This is because this drum machine really cuts through the mix and has a unique character. I don't think any other drum machine is so recognisable – with the exception of its predecessor, the Roland TR-808.

But it's a great enrichment for any techno-flavoured DJ set.

In which way does the Roland TR909 influence musical results and what kind of compositions does it encourage / foster?

Depending on the creative decisions you take, the 909 can move the music into an entirely different direction. Or, and this feels crazy, to shift an idea into a totally different genre even. Let's say you start out with an idea for a soft song, maybe only using small rhythm miniatures. Then, you say to yourself: “Let's try the TR-909 and see what happens.“ This decision can change everything.

To take a closer look at what this means, let's try and think outside of genre boxes – even though it's really hard to avoid this.

Once you start moving away from techno and more towards hip hop, then you'll find that the TR-909 is far less dominant here. Rather, the TR-808 is leading the way. One of the most famous earliest hip hop tracks which uses a TR-909 is “P.S.K. (what does it mean?)” by Schoolly D. The drums on this song are tight and exactly the way they should be. It's hard to imagine what this tune would have sounded like with a TR-808.

Let's switch genres one more time. On Björk's “Hunter”, the opening track to her album Homogenic, she makes use of the TR-909, and again, it gives the piece a distinct sound and style which is unmistakable.

More generally, how do you see the relationship between your instruments and the music you make?

It's like a DNA you carry around with you for almost your entire life. The sound of these instruments is a direct link to my first contact with electronic music.

That said, at times, I won't use these instruments at all and make music with Software tools. It's a constant oscillation between software and hardware.

The choice of drum machine or sequenced bassline, such as provided by the Roland TB-303 for example, is often the first step. But for me, it's important to then creatively work with the limited sound potential at your disposal and twist it into new shapes.

How does the Roland TR909 interact with some of the other tools in your studio?

Mostly, she is merely standing in a corner. Sometimes, we'll add it in parallel. And sometimes, she'll take on the pivotal role as master clock. It all depends on the idea or concept and how we want to start with an idea.

Are there other artists working with the Roland TR909 whose work you find inspiring? What do you appreciate about their take on it?

Jeff Mills plays and mixes his tracks live and adds in the TR-909 totally casually without syncing it.

It's so perfect it can give you the creeps.

“Sometimes, you say to yourself: “Let's try the TR-909 and see what happens.“ This decision can change everything.“