A Touch of Soul

Equipment Recommendations: Of course, the Roland Sh 101. But not superficially, that’s a synth you need to go deep with to make it sing. When you think you're already using his full potential, try again, it has always new possibilities to offer. (Its a general piece of advice I can provide … Get less pieces of gear but go deeper into them).
I also propose to the readers to have an ear on Soundtoys FXs complete bundle. Those FXs bring life into sounds and melodies, or turn those into a completely different and creative way.

If you enjoyed this interview with Fabrice Lig and would like to stay up to date with his work, visit his official homepage. He is also on Instagram, Facebook, and Soundcloud.

If we're really talking about the very first one, it was a pack of stuff collected with no knowledge about music and technology. It was the early 90s no Internet, no friends or shops to buy or get advice about how to make electronic music. So I bought stuff with no info … A DR 660 from Boss, a Roland Juno 60 at first … I added later a Roland Tr 909 and Roland Tb 303 I bought for 125 euros each. An Oberheim Matrix 1000, an Akai X7000 sampler, an Alesys midiverb and a Boss 16 channels mixer and a portable DAT Sony recorder. That's how I recorded my first tracks …

I used that configuration for my first techno EPs under my “Interwaves“ moniker. 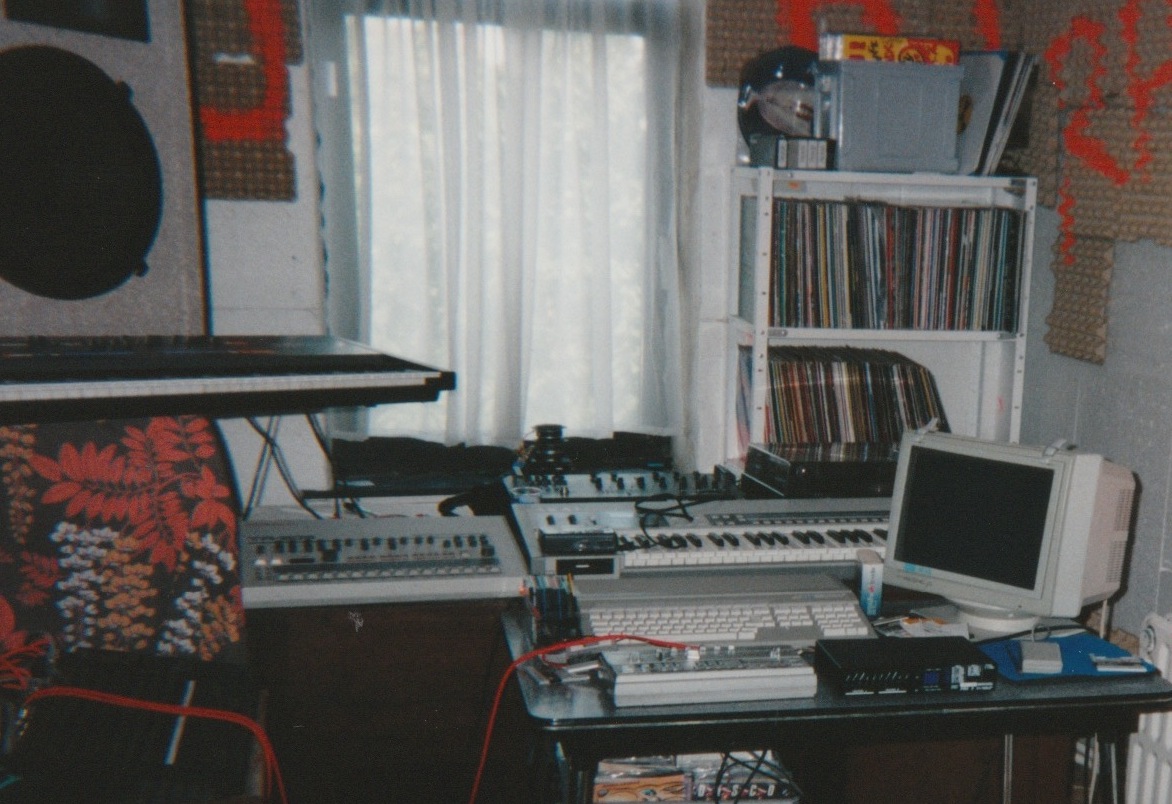 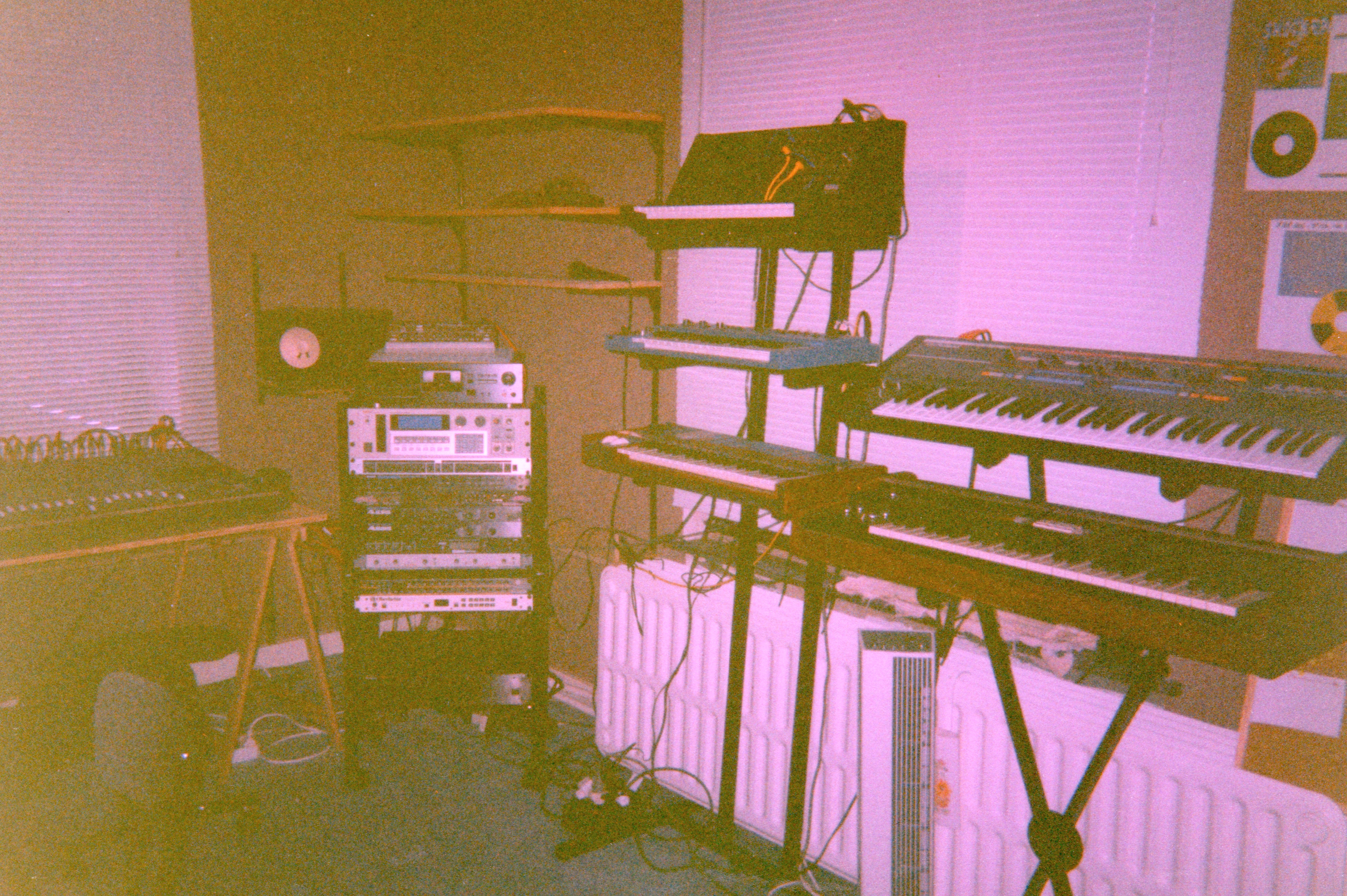 Since I started to get more info about the synth world through magazines and early Internet websites, I bought a lot of analog synths like an Elka Synthex, Moog Source, Oberheim OBXA, Korg Monopoly, OSC Oscar, Sequential Circuits Pro One, Roland JD 800 and so on.

To be honest, it was a bit too much and all those synths weren’t necessary to make good music. Aside from the synths I already mentioned, my favourite is the Roland Sh 101. That synth touched me by his type of sounds, his ergonomics, his look … I never stopped using it. At some point I had 3 in the studio . I always find inspiration with that synth. 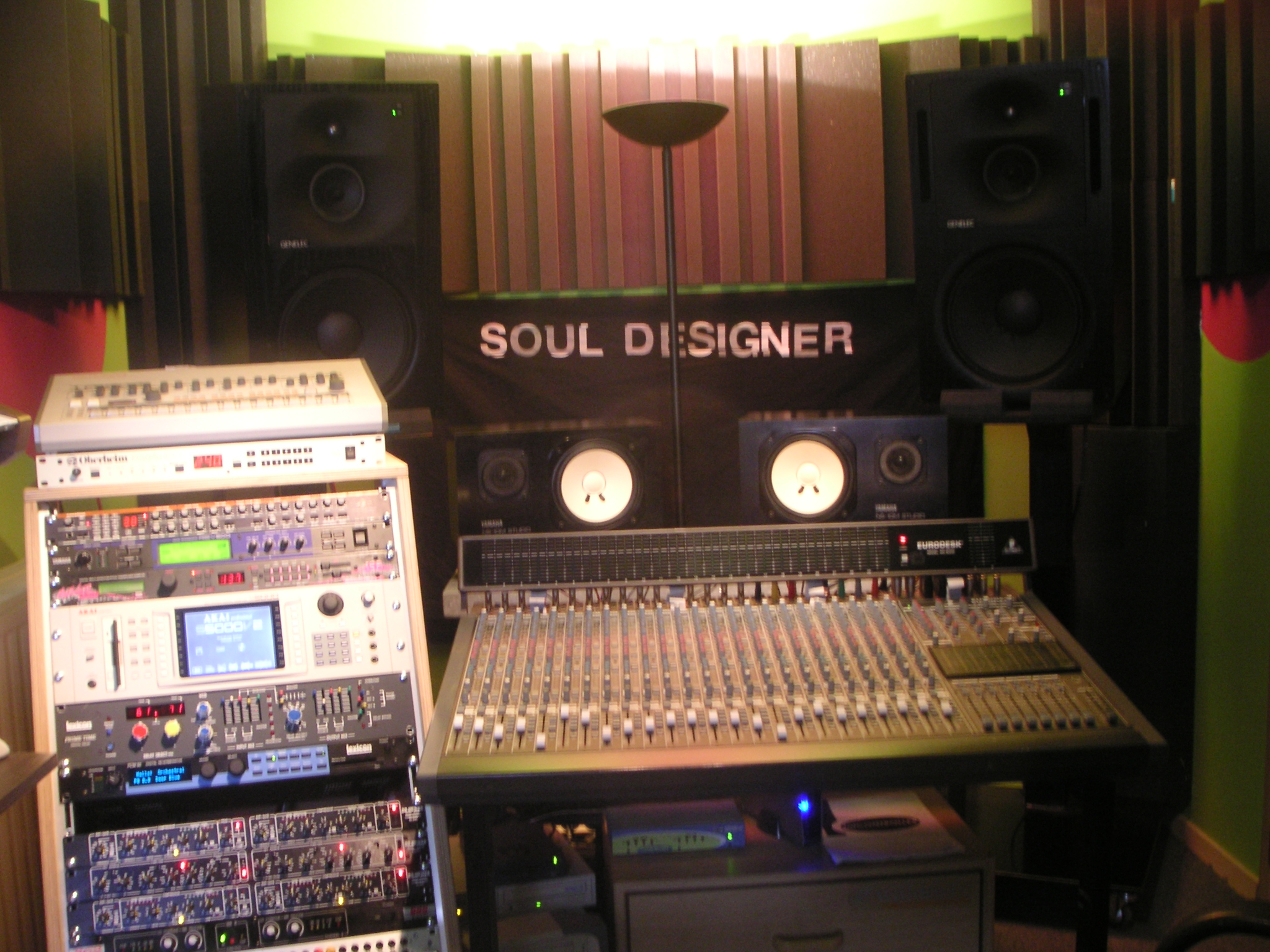 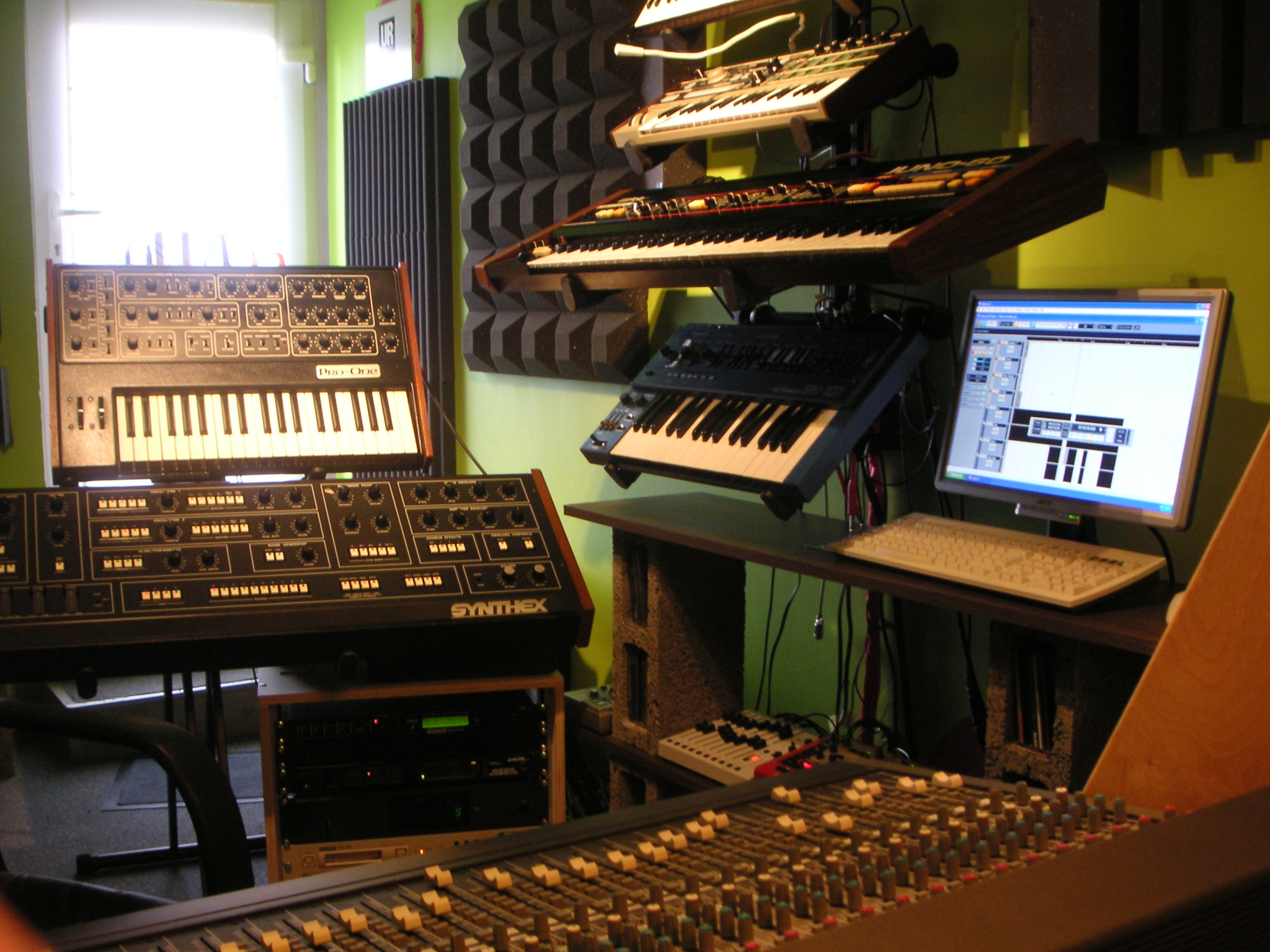 The digital studio promises endless possibilities at every step of the process. What is it that you actually need from these potentials and how do go about you selecting it? How do you keep control over the wealth of options at the production stage?

In fact, I had the chance to see the birth of digital technologies, so I started to use it quietly and see the development of that technology without being submerged by a ton of possibilities. Which meant I had the time to see clearly what I needed in this wealths of options.

I’m mainly into the dynamic of searching software to bring what I need into my production process. Mainly synths and some creative FXs. But, I still look for some unusual way to use synths or FXs. WAVE Soft***

After years of producing music, I have a better view of what I need, how I want and need to work. Because of my other daily activities like teaching philosophy in secondary school, managing a 3 kids family and educational project on animal welfare, my time and way of producing has to be effective.

Which is why I reduced the studio to the use of Logic as the heart of the producing process and few pieces of gear like my 101 of course, an analog sequencer sometimes, a Roland TR8S I use in the studio but on stage, too. It’s more effective than ever and I don’t feel I have limits to my creativity. 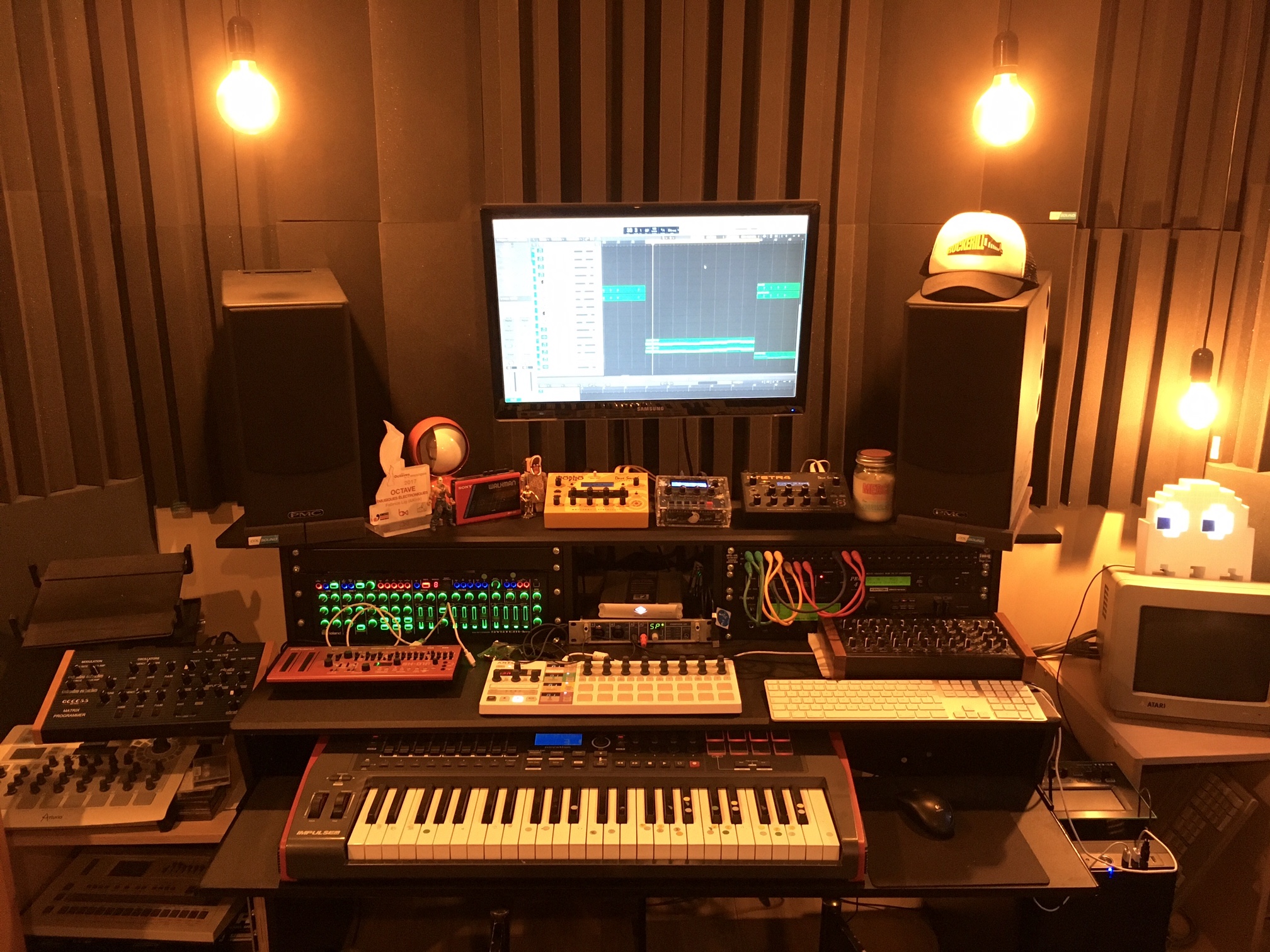 To be honest I’m really traditional when it comes to this. A novation “Impulse“ is my main controller. I also use a Beatstep pro from Arturia as a step sequencer controller. I never found a tactile controller I was really into (except a little tactile surface like the ones on novation SL series). I really have to test some.

After listening to a lot of microtonal demos and personally, even if I’m not a musician (never learned music theory), I feel that some new possibilities (more notes) can maybe be useful but I doubt it can be unlimited as our brain likes and responds to special frequencies and chords. Unless we consider it possible for our brains to respond to new tonalities, notes and chords in the future. I think the pleasure of melodies felt by our brain has limits. I’m more of the opinion that the new eras will be more about finding new combinations of chords or new rhythms and a greater speed of switching between those. That’s what Stevie Wonder did years ago (on the unique chords suite side).

In a fast world with faster brain analyzing speed, it’s possible that faster changes, melodies, tracks can excite our modern brains. That’s what drum & bass did on the rhythm side, but in some ways what Aphex Twin started to do with melodies in some of his production. But, the challenge is to do it logically, and make it understandable for the brain.

Either way, I won’t be the one to bring about these changes … I leave these explorations for genious musicians. (laughs)

"I’m not a big fan of tools that help you compose melodies. It’s the best way to end up with conventional results. As an autodidact musician, I’m supposed to like those tools. But I prefer to take more time to compose with my own sensibility a machine can’t copy."