When did you start DJing - and what or who were your early passions and influences?

I started to DJ in 1994. At this time I was listening to music like Joy Division, Coil, Depeche Mode, but also people like Aphex Twin, LFO, and Autechre. Growing up with young parents that loved clubbing I also got influenced by the tapes they were buying from the resident DJ playing at the club they were hanging out in, playing a mix between Moroder, Diana Ross and some Italo disco. Funny enough when I started to DJ my dad suggested I should do the same and sell tapes which of course made me laugh. You can still find a little bit of all those things when you listen to long sets of mine. As a DJ my first real musical crush was the Red Planet 5 track “Wardance”, I just love that record and I think it still defines me quite well.

For most artists, originality is first preceded by a phase of learning and, often, emulating others. What was this like for you? How would you describe your own development as an artist and the transition towards your own style?

I was based in the South of France until 1998, very far away from Berlin, Detroit or Chicago. We had a small club scene, a few nice open-air parties in the summer, but to be honest I was quite isolated. In the end being on my own musically turned out to be something positive and I was forced to find my own way of doing things. I bought and played music because I liked it and not just because I had heard it in the set of somebody else, or because it was what you had to play “now”. I learned to be confident about my choices. As a DJ you we’re less important than labels and producers at this time. Around about then I fell in love with Carl Craig’s melodies, Aux 88 beats, Knuckles sexiness and labels such as Underground Resistance. I admire their work and started collecting records. I don’t think my style changed fundamentally. I am more daring and generous today as I’m happier and my range of music got wider with time. But I still like things to be dark and edgy, so that didn’t change…

What were some of the main challenges when starting out as a DJ and how have they changed over time? What is it about DJing, compared to, say, producing your own music, which makes it interesting for you?

When I started there was no real scene, so there were no thoughts of fame or fortune, just record after record that I really wanted to have badly. After I moved to Paris and started being resident at Rex club everything fell into place quite fast, and I made a career based mainly on my DJ skills, releasing very few records.
Now with the new digital and social media platforms there is a lot of music around, and even more people wanting to become a DJ or a producer. This means it’s nearly impossible to build a career on only your skill as a DJ; you need good press, releases, and management.
Djing comes more naturally to me and, even though it helps to have all the experience as a DJ, the feeling of producing and being in the studio is totally different from that of being on the stage. The direct connection to people, the energy we all share in the moment in the club, the thrill when I find a nice mix, I love that … I’m totally hooked!

What was your first set-up as DJ like? How has your set-up evolved over the years and what are currently some of the most important pieces of gear for you?

My first setup was two Technics 1200mk2 and a Freevox Dj 7 mixer. I still have the same two 1200mk2. I later.changed the mixer to a pioneer 800 and added two cdj850 and changed my old speakers for some new Genelec's. Regarding DJing the most important pieces of gear are my record player and, of course, the Juno 106 for my studio work. It’s my second one. They’re a bit sensitive. I also recently got the Vocal Bass and it’s a lot of fun!

How do you see the relationship between the tools you're using and the creative results – in which way do certain tools suggest certain approaches, in which way do they limit and/or expand your own creativity? Do you believe in the idea of progress in DJing from a technological perspective?

For me that’s just comfort, nothing else. The music I choose and select triggers my creativity more than the gear I use. I was never a huge fan of multi/loop/fx stuff though; it’s often not musical. It doesn’t fit the music I play and the story I want to tell.

Could you take me through the process of preparing for one of your gigs, please? How do you select the tracks you like to play, how do you prepare and how do you decide on the opening phase of your set?

I often start by choosing the last track, as this is where I want to end, and the destination I want people to travel to with me. Then I make a selection of records, and usually a playlist in Rekordbox, and I figure out a loose path to that last record. I always prepare the first 20 minutes of my set to have a base to build on, sometimes I prepare different starts so I can adapt to the mood. After those first 20 minutes I start playing the tracks that I selected and the fun starts! I always carry a backup of my record collection as well.

What constitutes great mixing from your point of view? What are some of the sets that have personally impressed you over the years?

Generosity is essential to me. I like when a set is smart and entertaining. When it tells a story. Michael Mayer, Roman Fluegel, Andrew Weatherall, Marc Pinol and Barnt are amongst my favourites.

How would you describe your approach to building a set? What are some of the characteristics that define who you are as a DJ?

Probably the fact that I have no shame in jumping from genre to genre. I aim for a Rollercoaster of energy and emotions. I spend a lot of time at home I trying to find the connections between my records while disregard ing their pigeonholes. One of my oldest friends once told me “you play house, but with the energy of techno”. I think that’s true.

It has today almost become customary to radically change pieces in the act of mixing and to increase the creative input of the DJ even to the level of the actual composition. What's your take on that and in how much do you make use of these possibilities yourself? Is there such a thing as 'disrespectful mixing'?

Isn’t this the essence of mixing anyway? I don’t think there is disrespectful mixing. The game revolves around changing records without losing the tension or the crowd, regardless of what you play. I always have more admiration for people taking risks regardless of whether they fail. 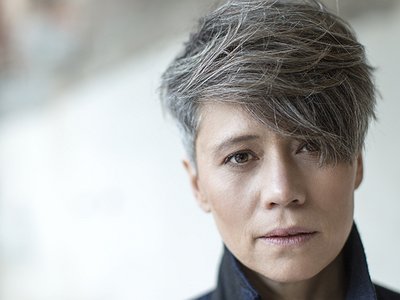 "I often start by choosing the last track."