The Value of Risk

Name: Marina Rosenfeld
Nationality: American
Occupation: Composer, sound artist, visual artist
Current event: Kunsthaus Baselland in Basel, Switzerland, is currently hosting Marina Rosenfeld's "We'll start a fire", a major solo exhibition focusing on her sound installation and artworks. Rosenfeld's work, intriguingly situated at the cusp between installation and concert, has been performed and released worldwide for two decades. It has certainly helped that her compositions are strong enough to translate to the album format, especially if you can not make it to "We'll start a fire": Several new releases have been announced for this year, including a selection of bootlegs of early live performances and a recording of "Teenage Lontano" on Room40, one of her stand-out works and one which she characterises as a breakthrough of sorts in the following interview.
Recommendations: The Swedish film "Border" (2018, by Ali Abbasi) has recently deeply affected me. I was totally taken with its exploration of someone awakening to their senses— touch, smell, taste, sensitivity to animals, to cruelty, to gender— and the border area between human-ness and not. It’s about trolls, but that’s all I want to say!
I’m also listening to Don Cherry, an artist I return to. The organization Blank Forms in New York is mounting a retrospective exhibition of his life and work with the visual-textile artist Moki Cherry, reissuing records, streaming rare concerts, showing documentaries from the 70s. It’s wonderful. It’s a bit like a recipe, a collaborative liberationist approach to living, to cultural exchange, to celebrating creative energy, to new sounds and patterns.

So I’ve recommended two things with a Swedish element— who could predict that?!

If you enjoyed this interview with Marina Rosenfeld, visit her official website for more information, detailed notes on her most important pieces, and updates.

When did you start writing/producing music - and what or who were your early passions and influences? What was it about music and/or sound that drew you to it?

I have had always a very sensual, sensory, unstable and involving relationship to the way things sound—from as early as I can remember. My aversions are very strong, to certain sounds—at times, debilitating. My attractions as well.

I became aware of this first as a problem—growing up and learning to play the piano, and finding that I did not have a stable impression of how things sounded from one day to the next— and had to learn to appreciate this aspect of myself once I began thinking about composing and improvising, in my early 20s, I guess. I also have a quite strong, persistent kind of inner auditory register of experience in my daily life that sometimes makes people think am very distracted, but I’m just like that.

I think we don’t remember the part of our lives where most of the formational events take place, but, against the advice of some of my teachers, I have learned to channel this tendency toward an I think productive kind of interest in instability and risk in my work.

For most artists, originality is preceded by a phase of learning and, often, emulating others. What was this like for you: How would you describe your own development as an artist and the transition towards your own voice?

I think my transition into making work— from just enjoying or fucking around with scores, with instruments, with other musicians, with various histories— had to do with beginning to take the more difficult and problematic aspects of myself more seriously. I was really turned off by the genius and masterpiece model of music — the obsessive fandom over “great” artists, cults of authenticity, even the conventional idea of interpretation, which was dependent on a hierarchical labor divisions inside most of the social formations in music that I encountered. I discovered the idea of process, the idea of the problem itself—that a work could be made out of a problem— in other spaces, like dance and visual art.

One early influence was Pina Bausch— I saw the film Chantal Akerman made about her (Un jour Pina a demandé, 1983), where she seems to unpack not just dance itself but the meaning of the stage, virtuosity, the composer-performer relationship, the meanings inherent in bodies themselves. I was really affected by this, maybe around age 20. In general, I found influences outside of music more palatable— music as I encountered it as a young person was an insurmountable mountain of male supremacy— whereas art was full of complicated people who were making art out of their own failures, their distress and confusion, especially in the 90s.

How do you feel your sense of identity influences your creativity?

I think that would depend on what is meant by identity. As a person in a body in a time and place embedded in many social and economic and political networks, I see myself as utterly contingent on all of them for meaning and being.

As a woman, I have a sense of my being— my body, my voice— that has been essentially written out of history, that I would like to recuperate and, if such a thing is possible, formalize or articulate in my work as men have done for centuries.

Then again, as a US American, I have a probably insurmountable sense of entitlement to self-realization or self-actualization that I probably will be trying to undo for my lifetime. 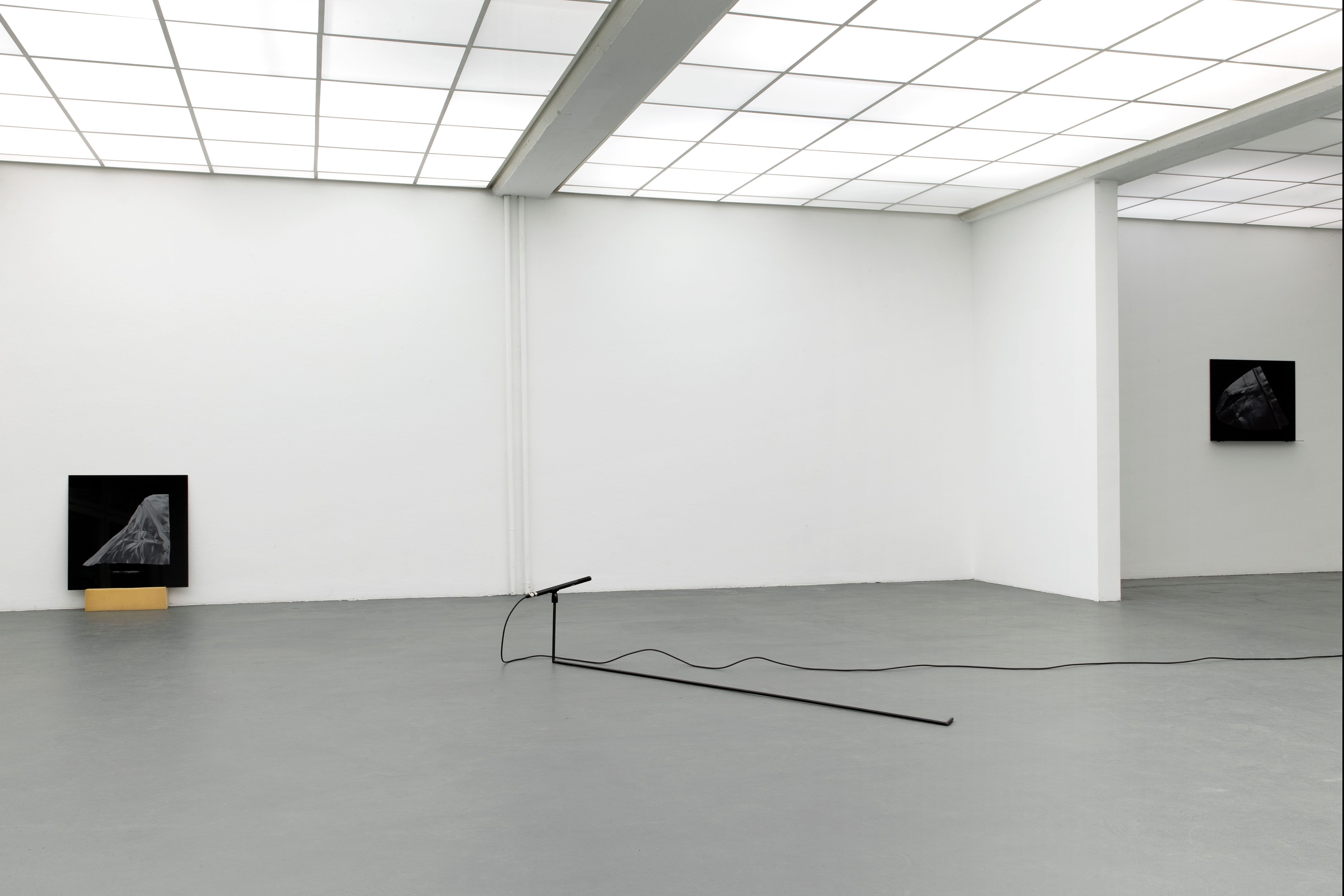 What were your main creative challenges in the beginning and how have they changed over time?

Same as everybody: I didn’t know what I wanted to make. I had the curious experience that one of my earliest pieces really took off: the sheer frost orchestra, which was never intended to really even be a work (it was a performance for 17 women on electric guitar during my last year of art school). It was an experiment, a manifesto. But it was received in such a way that, without it being loved—in fact, it was a lightning rod for really pointed, sometimes mean criticism— it was repeatedly programmed, enough to get me on the map, I guess.

Now that my work has consolidated around certain practices and materials, the challenges are quite different. I can love the journey more now, I think— I do really love what I am doing, with sound installation, composition and sculpture. I really only work with musicians I adore. I’m in a space where I can pose the questions I want to pose, interject my voice and my queries into spaces and listen back when something comes back. I can do a certain amount of speculative work. I’m more comfortable with unanswered questions.

As creative goals and technical abilities change, so does the need for different tools of expression, be it instruments, software tools or recording equipment. Can you describe this path for you, starting from your first studio/first instrument? What motivated some of the choices you made in terms of instruments/tools/equipment over the years?

I trained as a classical pianist through my high school years so I had certain expectations even after I left that behind: I wanted to use my hands, I wanted something that could still be a daily practice, I was really adept at reading scores and enjoyed that. I made the transition to turntablism partly because I could keep some of these aspects going, but also because it was completely strange and liberating and was a pathway toward a world of experimental music that was new to me. Nineties hip hop, which I loved, was really important too, as a totally galvanizing soundworld and also as a pathway backwards into musical praxis I needed to know better: jazz and improvisation, political music, even the idea of listening to the lyrics, which believe it or not, I had mostly ignored til then.

Have there been technologies or instruments which have profoundly changed or even questioned the way you make music?

All of them. At the moment, I’m very into networks of microphones. I’m making objects in steel and other materials that are essentially networks of amplification, highly volatile and a bit unpredictable. I use shotgun mics because they can be so specific about the direction and shape of their sensitivity.

I have an exhibition up at the Kunsthaus Baselland right now that just opened— it's up through September 26, 2021— that is a kind of recursive network of amplified sounds, circulating and feeding back via microphone-bearing sculptures and related objects and images. The sounds themselves are almost all short, complex composites of vocal sound (my own) and blurts of synthetic noise. I used a Moog for most of it. The intent is both abstract and, I think, highly subjective, something about the sound of a kind of machinic reproduction of my voice in public space.

"I think my transition into making work had to do with beginning to take the more difficult and problematic aspects of myself more seriously. I discovered the idea of process, the idea that a work could be made out of a problem— in other spaces, like dance and visual art."